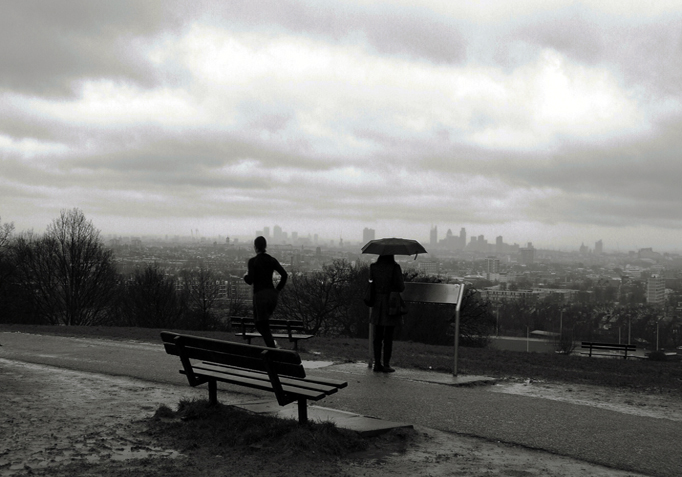 Open-City held it’s first-ever Green Debate this week to launch the Greener City strand of Open House London 2014.  The topic of the debate was ‘London: Designed for Healthy Living?’.

I was one of the panelists, alongside Dr Yvonne Doyle (Public Health England), Paul Heather (Skanska Building), Marie Murray (Dalston Eastern Curve Garden) and Ben Plowden (Transport for London).  The expert panel was welcomed by 200+ public and professional attendees.

My reflection on the evening is that it’s clear that health is such an all encompassing issue, which goes to the heart of the sustainability debate.  There really ought to be a whole series of lectures on health and the city, that look at the integration between healthcare, education, placemaking, transport, biodiversity, green space, green buildings, air quality, food and obesity, quality of life and well-being, among others. We only touched the surface in the debate… I’d love to hear from people who’d be interested in taking this forward.

Each panelist argued their positions – each from very different backgrounds and perspectives. Here’s mine…

Perspectives from a Londoner

This is a debate I am personally passionate about. My passion stems back to my early years as a Londoner – I lived in West Hampstead and went to school on Parliament Hill. I cycled 4 miles to school every day come rain or shine across the heath, always stopping on top of parliament hill to look at the view of London surrounded by the downs and greenery, rising up with its mix of old and new buildings, its landmark developments and the streets and parks that provided the structure for the city. The view changed every day depending on the weather, the seasons and the relentless investment in new buildings.

In my 20s I lived in the Himalayas where I could see 8 of the highest 15 mountains in the world and the only view that bettered it for me was that view from Parliament Hill that has shaped my world view and my professional career from bioengineer in the Himalayas to land reclamation specialist in northern England to urbanist.

Since my school days I have spent my life cycling in and out of London. Today I live in Stoke Newington. I have been there since 1987. My kids go to school there, we use the park, the leisure centre, growing community’s food box; the farmers market, the high street and we value this enormously. We also know our neighbours and we have turned our street into a football pitch in the evening. I even jump over my fence and swim in the reservoir at night. I would consider it a really healthy community in many ways.

But I am aware as a cyclist who works in central London and suffers from asthma and old age, that London could do so much more to be a healthy and safe city – and the interventions that are needed are as much to do with policies, regulation, fiscal and planning policy as design and investment in green infrastructure and healthy buildings.

Increasing demands are being placed on cities to provide social services and basic facilities at a time when their resources are increasingly constrained – the so called fiscal cliff is undermining the ability of all cities to meet the demands from an aging population for better health; of a growing population for clean air and water and integrated transport; of a baby boom in need of decent education and health services, libraries and sport facilities.

At the same time there is more money in the economy but it is in fewer people’s hands and more people want more from the city.

The challenge that faces our leaders today, at least at the city scale, is to balance individual and community interests and to manage the competing demands for private and public space and privatisation of public space.

If we can get this right we can deliver a high quality of life for all (many), whilst sustaining the economic vibrancy of the city and hopefully using resources (including space) far more efficiently so that we tread more lightly on the planet.

I think we increasingly know what the solutions are, they are the ingredients that make up sustainable cities: the question is how can we deliver those ingredients.

I believe that health is the upside of the sustainability debate – it is the value add, both in terms of quality of life but also in terms of economic value – buildings beside a park achieve an 8% premium, enhancing the public realm (streets) increases house values and having a great school near you is the surest way to deliver gentrification.

Green offices according to DEFRA are achieving a green premium, void periods are lower, demand is higher and WGBC work suggests that productivity is greater.

When we consider how healthy our city is however we need to consider for whom – social inequality and health are intimately linked. Health and inequality impacts disproportionately on poor communities.

Design is only part of the answer

We also need to remember that London has not really been designed – it is more the product of millions of interventions some large and some small. This in part is what I love about London – areas like Dalston, London Fields, Victoria Park and Hackney Wick are thriving and getting healthier because of the investment 1000’s of people from entrepreneurs, to artists and community leaders who are investing in and making in their neighbourhoods.

At the other end of the scale is the Olympic park which has made heroic investments in the public realm and infrastructure but the jury is out on whether it will create vibrant and healthy communities.

We need BIG INTERVENTIONS but should be very wary of these.

The most significant from a health perspective was Bazelgettes sewage system and perhaps the tube and the creation of the villages in Victorian and Edwardian times with their investment in new housing, civic centres and parks.

Other major interventions like the urban motorways for example the A12 have cut communities in half and left neighbourhoods suffering the impacts of congestion and infrastructure that separates them from the wider community. Big housing projects in the 50’s and 60’s did the same – often creating islands of poverty.

We undoubtedly need strategic investment to create a healthy city:

My experience from working with cities around the world is that London is one of the healthiest cities in the world.

However it is unbelievable that 13,000 people die prematurely in the UK of air pollution related problems and 2000 from traffic accidents and social inequality results in people living in the poorest communities often being excluded from the right to a healthy life.

The Georgians, Victorians and Edwardians left us with a fantastic heritage; we now live in a new age in which we are acutely aware of the opportunities but also the misery that cities can inflict on their citizens.

We owe it to future generations to build on the assets past generations left us by making the city more resilient, more vibrant, greener and healthier for all.

I was interviewed by BBC London radio’s Robert Elms about the healthy city debate – to hear my views, you can listen to the show here.  I’m on from about 30 minutes in.