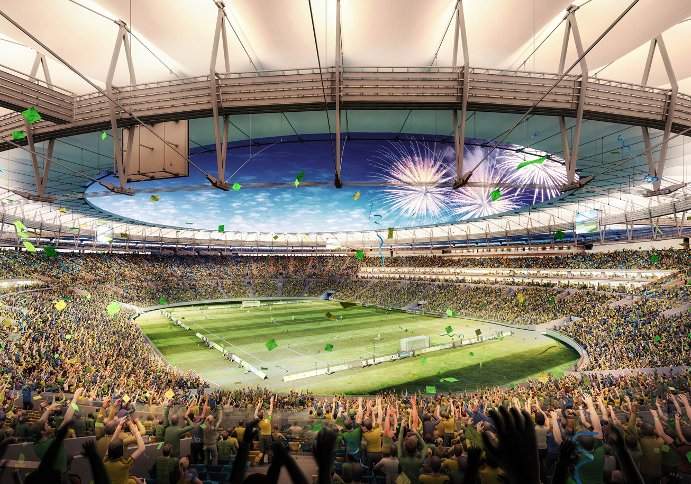 The Maracana Stadium, which will be used for the 2014 World Cup and 2016 Olympic Games.

Above photo by: Fernandes Arquitetos Associados.

Brazil faces many waste management challenges. Despite new legislation, waste production in Brazil is expected to continue to increase until beyond 2030 and is currently increasing at about 7-10% per year. A huge proportion of waste is sent to landfill, and improving waste management practices is a priority area for the Brazilian Federal Government. Waste is a leading GHG emitting sector in Brazilian cities along with transportation. A report produced by Carbon Trust on Low Carbon Opportunities in Brazil indicates that savings of 81MtCo2e could potentially be made through mitigation actions in the waste sector.

The upcoming 2014 FIFA World Cup and 2016 Olympic Games are great opportunities to catalyse the implementation of city waste management plans, increase the use of clean technologies and reduce GHG emissions.

The ‘Sustainable Waste Management in Sporting Events’project will support Brazil to reduce emissions from solid waste during the next major sporting events, build capacity for sustainable waste management, and aims to help leave a legacy of improved waste management for the country.

The project, which has two years’ duration, is funded by the FCO and has the objective of promoting the long term reduction of GHG emissions and clean technologies.