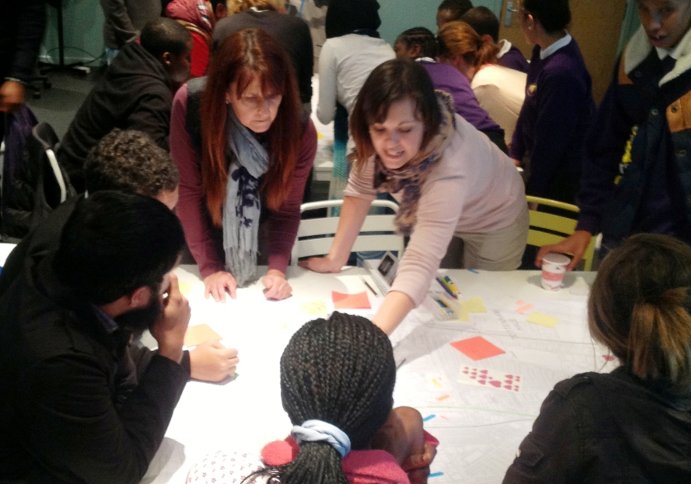 Last night we took a group of youth representatives from Tottenham to deliver a TED-style talk to the Mayors Regeneration Fund leaders at City Hall.

As part of a Tottenham-wide regeneration project led by the Mayor for London and Haringey Council, over recent months Rowan Conway and Oliver Broadbent have been working with young people in Tottenham on proposals for the North Tottenham Investment Framework.

Rowan worked with local third sector partners Dandelion and Project 2020 to run series of sessions with local young people to develop a presentation about the area’s assets which they could presented as a TED-style Talk. The engagement activities incorporated events such as an asset trail where young people were partnered with design team members to walk around the area and identify the potential of different places, structures and assets. These included heritage assets, buildings, places to meet, sports facilities, public transport, play spaces, community facilities, and green space. With this data, the group then created a series of layered maps to display the assets, investment opportunities and stories in Tottenham.

The research material collected was then fed into a presentation that the young people created themselves in post-production sessions. Finally the young people made the trip to City Hall to present their findings to the advisors to the Mayor of London. The young people all worked brilliantly together and are now turning their hands to a range of live projects that will make regeneration happen in the near future in Tottenham.